How I grew my SEO traffic by 300% through translations and patience. Can you guess how much of my traffic comes from the United States? Well, it's a whopping 14.53%. Whopping, you're like, "That's not that much."

There are countless examples of successful companies that have come out of regions outside of the United States. So intentionally, we don't focus all of our traffic on one region because at my ad agency, NP Digital, we want to help companies grow no matter what region they're in, and by generating traffic from multiple countries, it has allowed us to grow super fast.

So fast that we're the sixth fastest growing ad agency in the world according to "Ad Week." So how do we grow our traffic so fast through SEO? Well, let me break it down as well as how you can do it too.

First off use hreflang. See, hreflang is a way in your code to tell search engines that certain pages of your website are for specific languages and country. That way search engines know what pages to show up for specific users. Without that you may have people going to the wrong section of your site.

Second, I want you to pick regions that you want to expand to fast. We base our expansions based on Google ad spend in different countries, and the countries with the most ad spend is typically the regions we want to be because we're a marketing agency. If people are spending money on Google and Facebook it usually means they have money to spend at NP Digital. You also may look at things like population or GDP.

Once you have the regions that you want to target, you then want to go to Google translate and type in some of your most popular keywords that you want to target in your primary language. You will then want to head to Ubersuggest and type in these newly translated keywords within Ubersuggest. But don't forget to select the correct language and country in Ubersuggest before you click that search button. You'll then get a laundry list of keywords that you can potentially target like this.

Third, you want to start creating content around these keywords, and don't worry if you don't speak the language that you're trying to translate your content into, all you have to do is to go to sites like Upwork where you can hire writers that speak your language as well as many other languages that you're going after. And when they write content, it's really important that you provide them with a keyword list. Don't force them to use all of them because if it doesn't sound natural, the content's not going to do well. It just needs to be naturally integrated.

Fourth, post the content on your site. And again, don't forget to put the hreflang code within your head file. That way search engine browsers know what page is for what people. And once the content is up, it's not enough. You have to promote it. So take the same person that you hired on Upwork and have them do outreach for links within that country.

So you would take a few of your competitors within those regions. If you aren't sure who they are, just search for the translated versions of those keywords on Google and it'll show you sites in those regions. If you put those URLs into the backlink report in Ubersuggest, it'll show you all the people who link to them. And then from there, you'll want to send emails explaining to them why your content's better, why it adds more value, why they should link to it.

And last but not least, I want you to promote the content via pay ads. Run a bit of Facebook ads, LinkedIn ads, or even Google ads. A hundred dollars goes a long way and it'll bring you more awareness within those regions. You combine all of that and now your traffic will grow drastically within those regions. 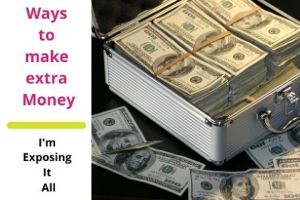